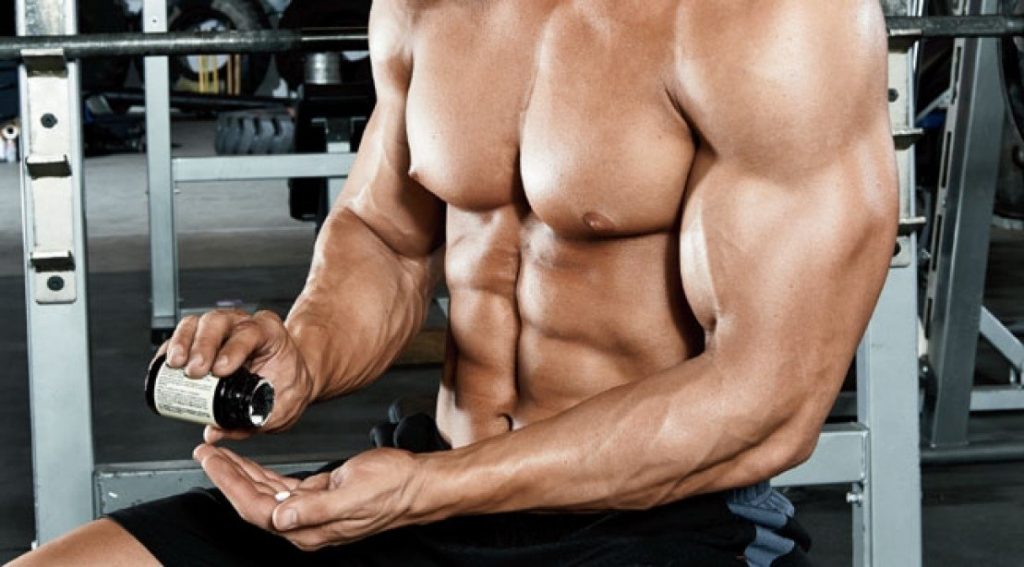 Did you know that there are an estimated 3 million performance-enhancing drug (PED) users in the United States? Some of these drugs are illegal, like anabolic steroids, and some of them are legal or unregulated. Which are SARMS and what are SARMS anyway?

It is the goal of many to have a sculpted body that performs at its best. Diet and exercise are the only tried and true healthy methods of bodybuilding. Could SARMS really be a “magic pill” to muscle gain or is it just another pretty lie? Keep reading to find out.

The acronym stands for “Selective Androgen Receptor Modulators (SARMS).” The androgen receptors are responsible for introducing androgens like testosterone to your body’s DNA. Basically, SARMS is another chemical that can increase your body’s ability to create new muscle tissue. Anabolic steroids and SARMS are similar in their functions and results, but they are not the same thing.

SARMS are marketed to fitness enthusiasts as substances that work as well as steroids for muscle growth but without the health risks. It is true that SARMS is similar to steroids as they both work on the androgen receptors to increase muscle growth.

The health dangers of using anabolic steroids for performance enhancement are well documented. These days, they are highly regulated. Anabolic steroids are laboratory created synthetic testosterone (male hormone). It was first synthesized in Germany in 1935 and used shortly after to treat mental conditions like depression.

The history of the use, or rather misuse, of anabolic steroids, begins with Russian weightlifters during the 1954 Olympics. It wasn’t until the 1980s that the practice of injecting steroids began to become a widespread issue.

More and more young men began using the substance to improve their physique. They were and are still used today (illegally) as a performance enhancer and a way to improve one’s personal appearance.

Anabolic steroids are not without their medical benefits. They are proven treatments for anemia, osteoporosis, breast cancer, and other diseases and conditions where a hormonal imbalance is a major contributing factor.

In a recent example, President Donald Trump was given dexamethasone (an anabolic steroid), as an experimental treatment for COVID-19. The President reported that after his treatment he “felt great.”

As the name suggests, SARMS is said to be more targeted. SARMS targets the same receptors but in a way that doesn’t upset the body’s natural processes as much as the more “blunt tool” of anabiotic steroids.

IMPORTANT NOTE: The use and abuse of anabolic steroids is extremely dangerous. The health risks of abusing steroids include, but are not limited to, hair loss, liver disease, kidney disease, heart disease, high blood pressure, and infertility.

Like so many scientific discoveries in medicine, SARMS were discovered by accident. In the early 1990s, Professor James T Dalton, a researcher working on treatments for prostate cancer, identified the compound andarine – the first SARM.

Professor Dalton was not at all happy with the discovery as it did nothing for his research into treatments for prostate cancer. After some testing, he realized he had stumbled across something unique and remarkable. He and his team then pivoted to researching SARMS as a potential PED that is safe for general use.

After several years of development, Dalton created a refined version of molecular andarine, now known as ostarine. Dalton and his associates conducted extensive research on the medical benefits of SARMS with mixed results.

As a scientist and humanitarian, professor Dalton has expressed concern over the black-market sales of his discoveries to health enthusiasts.

What are SARMS Side Effects?

As everyone that has watched a prescription drug commercial knows, the side effects of all drugs (even approved drugs) are many and vary from individual to individual. There are many side-effects, both positive and negative, reported by those who choose to use SARMS before approved and regulated for use.

On the positive and desirable side effects side, people that use SARMS report increases in strength, endurance, and even mental focus. Yet, the common negative side effects are concerning and include:

One of the most commonly reported side-effects of SARMS use is vision problems. The popular SARMS, andarine, is often associated with odd occurrences of the users’ vision tinting green or yellow. For many, the negative side effects are concerning enough to limit or halt their use of SARMS.

It should be noted that not all negative side-effects, sometimes none of them, are reported by SARMS users. SARMS are still considered a novel, or new addition, to the PED market. Without more independent and unbiased research into the drugs, it is impossible to say if SARMS are safe or not, or to what degree the risks are.

The SARMS for sale online and on the open market are legally sold under the pretense “for research purposes” and “Not for human consumption”. Printed on every package of SARMS is this warning. So. yes, it is legal to buy and ingest SARMS. Because it is legal doesn’t mean you shouldn’t use your best judgment when deciding whether to use them or not.

Starting in 2017, US drug regulators began attacking SARMS as a dangerous substance for its potential for abuse. Donald D Ashley, a director within the FDA Center for Drug Evaluation and Research, went on record by saying he is “extremely concerned about potentially dangerous ingredients found in SARMS.”

He went on to say that the unregulated use of SARMS may be associated with life-threatening reactions such as the increased risk of heart attack, stroke, and liver damage. The legality of SARMS sold as performance enhancement supplements remains a heated debate around the world.

As it is most certainly true that there isn’t enough scientific evidence that SARMS is safe to use, the opposite is also true. SARMS could very well be that long-anticipated alternative to antibiotic steroids for boosting the body’s natural ability to grow stronger. It may be years or even decades before we know more about the potential long-term health risks.

The first and most well-documented clinical studies of SARMS was conducted by Professor Dalton himself. A 12-week clinical trial conducted with the SARM ostarine on elderly men, showed early promise.

The study found the drug increased muscle mass and reduced fat in the participants, making it a potentially beneficial substance for the treatment of obesity. 15% of these men had significant improvement in “stair-climbing power.”

Professor Dalton went on to conduct a study on ostarines as a potential cancer treatment. The study turned out to produce no clinical benefits and the drug’s development was indefinitely paused. Although there is currently no known Drug Agency-approved indication that SARMS is a safe PED, there is substantial clinical evidence that SARMS is beneficial in the treatment of cancer-related cachexia, hypogonadism, breast cancer, and benign prostatic hyperplasia (BPH).

It is clear that more research and clinical studies are needed before we can make a final judgment of SARMS. Whether they consider themselves guinea pigs or not, early users of SARMS are offering up their bodies for experimental research. some are “standing strong” by their claims that SARMS are a safe alternative to anabolic steroids.

What Are the Best SARMS?

At this point, it is impossible to say what are the most effective and safe SARMS on the market. There is a dearth of reliable information about the various SARMS.

The best we can do is report the popularity of each. This is at least an indicator of their potential positive benefits.

In our research, we found that many online distributors of PEDs are unwittingly or intentionally mislabeling some drugs they sell as SARMS. Cardarine (GW-501516) is not a SARM but a PPAR Agonist. This popular PED is known for its ability to increase endurance and improving cardiovascular performance.

Ibutamoren (MK-677) is another commonly misrepresented PED. Ibutamoren is a growth hormone and one of the few compounds known to increase the body’s production of growth hormones. Although these compounds may give the user the desired boost in results from their workouts it’s important to realize they are not SARMS.

The Most Popular and Widely Used SARMS

The following information comes from our extensive research. We read many forums dedicated to the use of SARMS, available, and sold online. Please keep in mind, information available on these compounds is unreliable and often skewed to the positive in order to promote their use.

Lingadrol is one of the few SARMS to undergo clinical trials with documented results, promising medical applications and PED benefits. Lingadrol is marketed as the best SARM for women. The use of SARMS is notoriously known for its bad side effects for women including deepening of the voice and extreme mood swings.

Lingadrol selectively binds with receptors in the bones and muscles. This may help reduce the unwanted side effects often associated with SARM use.

PLEASE NOTE: Lingadrol, as well as all SARMS, are not approved by the FDA or any drug-regulatory agency. Please DO NOT use SARMS if you are pregnant or breastfeeding. SARMS could be harmful to the natural development of your baby and/or fetus.

Testolone is the SARM widely championed as the closest to anabolic steroids for muscle growth. Users of testolone report increased strength and muscle mass. Increased aggression is a common side effect.

Many bodybuilders and professional fighters find this helpful to “fire-up” their workouts. We are not so sure that their friends and family would share the sentiment.

One of the first and most well-documented SARM, ostarine, is often promoted as a started SARM. Although it is sometimes claimed to be a milder SARM, there is no real evidence of this. Ostarine is widely accepted in PED communities as a drug highly effective in creating lean muscle mass and burning unwanted fat.

The first and still widely used SARM, andarine, is one of the most widely debated SARMS. This potent SARM has received mixed reviews from users. Some say the health side-effects which include high blood pressure and vision issues, are not worth the risk. Yet, many others swear by the compound. They say it helped them pack on muscle and increase their weight pushing strength in a very short time.

Sometimes called “the beast maker,” S23 is by far the most potent of SARMS available on the market. Besides the common thread among SARMS to increase muscle and reduce fat, S23 is known to increase bone strength and sexual motivation (libido) in women.

It is difficult to determine how harsh negative side effects are as a result of using S23. There have never been any scientific clinical trials done on humans. We found that users of S23 either love it or hate it with not much room between.

Interestingly, S23 has considerable potential for use as a “male contraceptive” as it suppresses FSH and LH reproductive hormones. Whether or not impotence is a desirable side effect or not, of course, depends on the individual.

The answer to “what are SARMS?” is clearly known, but what is still largely unknown is how safe it is to use. The jury is still out on whether SARMS is a legitimate, safe, and effective way to boost the development of the body. The process of scientific research, clinical trials, and FDA approval are a necessary and important, if not sometimes frustrating, part of the health safety oversight of the pharmaceutical industry.

Until more is known about this exciting new development in human performance drugs and supplements, proceed with extreme caution and monitor your health as if your life depends on it – it, very well may. For more interesting articles on the ever-changing landscape of health and fitness, keep reading our blog.

Is AppleCare Worth It? Here's Everything You Need to Know 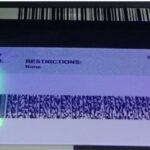